AZauto
Your A to Z of Auto information 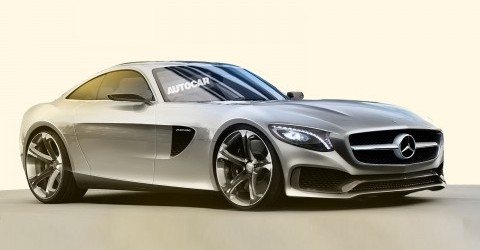 Mercedes Benz has long been a desirable make in the Automotive industry! Please join us we celebrate the brand and offer a brief history of what is now and will be one of the greatest car manufacturers of all time.

The Mercedes A-Class is a medium sized family car which has been in production since 1997, after it was launched at the Frankfurt Motor Show of that year. The first generation model was on the market up until 2004. It received several facelifts but remained rather boxy in its appearance throughout its lifetime.

The second generation model was offered with an updated engine range, and its styling was sleeker, but it retained its boxy look and was far less attractive than some of its rivals.

Presently in its third generation, the current A-Class has been completely restyled and looks infinitely more appealing than its predecessor. It was unveiled in 2012 at the Geneva Motor Show.

The A-Class is available as either a 3-door or a 5-door hatchback, with both versions offering more than adequate cabin space for all passengers. A high quality finish has been applied to the interior, while the controls on the centre console are well placed and simple to navigate. Acceleration is reasonably quick with all engines, while the most frugal of them delivers an impressive 74mpg.

The model is priced between £20,370 and £37,845 as new, with direct competition coming in the form of its German counterparts the BMW 1 Series and the Audi A3.

Second generation A-Class vehicles however have dropped significantly in price, with most used models now available for between £4,000 and £10,000. Used listings for all generations of the Mercedes A-Class are available online at AutoOnline.co.uk, BuyYourCar.co.uk and CarSite.co.uk.

The Mercedes Benz C-Class is a splendid car which does everything with style and class in mind. The cabin gives anyone lucky enough to sit in it a sense of prestige and importance. Whilst comfort is key and you could probably fall asleep in the cabin, the ride is far from boring and performance is clearly a subject of much scrutiny at Mercedes-Benz and the C-Class shows this, as it is capable of a high standard of performance at high speeds.

The C-Class has been around for a number of years and is in its third generation, it can be bought as a 5 door hatchback or a 4 door saloon and comes with the choice of two different types of transmission including a 7-speed automatic option. It is a fabulous car to drive and combines performance, comfort and style effortlessly, the only area which might disappoint is the rear seat space.

The C-Class has been around since its introduction in 1993 and has also been available as an estate as well as a hatchback and a saloon. The second generation Mercedes Benz C-Class arrived in 2000 offering a wider range of engines and transmissions and was available as an estate, saloon and coupe. The third and current generation was introduced in 2007 without the coupe version which was dropped until 2011. Find out more about the full C-Class range at the Mercedes website.

Comfort is key with the S-Class, offering the driver and passengers alike an extremely relaxed ride where you might forget that you’re even in a car and would be forgiven for thinking you’re in a living room. On the other hand the S-Class does not offer a great deal in the way of luggage space.

The front display is full of easy to navigate controls which allow the driver to personalise the cabin without accidently opening the boot. A radio/CD/DVD drive comes as standard to help home in on that executive living room vibe.

The current S-Class model comes with a choice of a wide range of engines both petrol and diesel all which go hand in hand with the S-Class’s excellent handling and top speed of over 150mph. Of course, it’s unlikely you’ll ever get up to anywhere near that top speed - click here to find out more about the national speed limits in the UK.

The S-Class was officially introduced in 1972, though has its roots as far back as 1954 with the arrival of the 1954 Ponton. Since then the Mercedes S-Class has seen many engines and many innovative features. In 1979 Mercedes introduced heated seats with the next generation model arriving in 1991 bringing electric windows with it.

The current model has been with us since 2006 and continues a legacy of class and comfort.

Everything about cars you could ever want to know from A to Z!

AZ AUTO is a dedicated car site keeping you up to date and in tune with the car industry and any news that will potentially effect the drivers on UK roads.